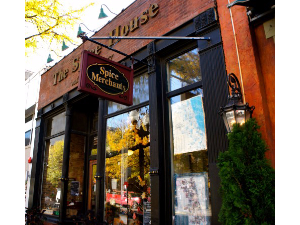 Satisfy that sweet tooth with 2 $30 gift certificates from Bittersweet Pastry , as well as a year's supply of locally harvested organic honey and a cottle of mead from Elniski Apiary. But - one can't live on sweets alone, so enjoy a gift box of spices from Spice House.