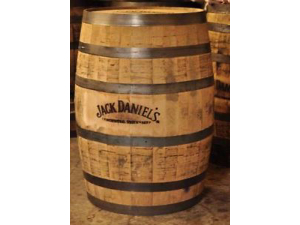 You'll savor tasting pours from these 3 bottles of whiskey drawn from a private family barrel of Jack Daniels. These bottles have a distinct flavor profile, and their unique aging process ensures that flavor will not mature or change with age. This batch of Jack is exquisitely unique and no other barrel ever again will taste the same. Pair with one of the selected fine cigars for an enjoyable hour !