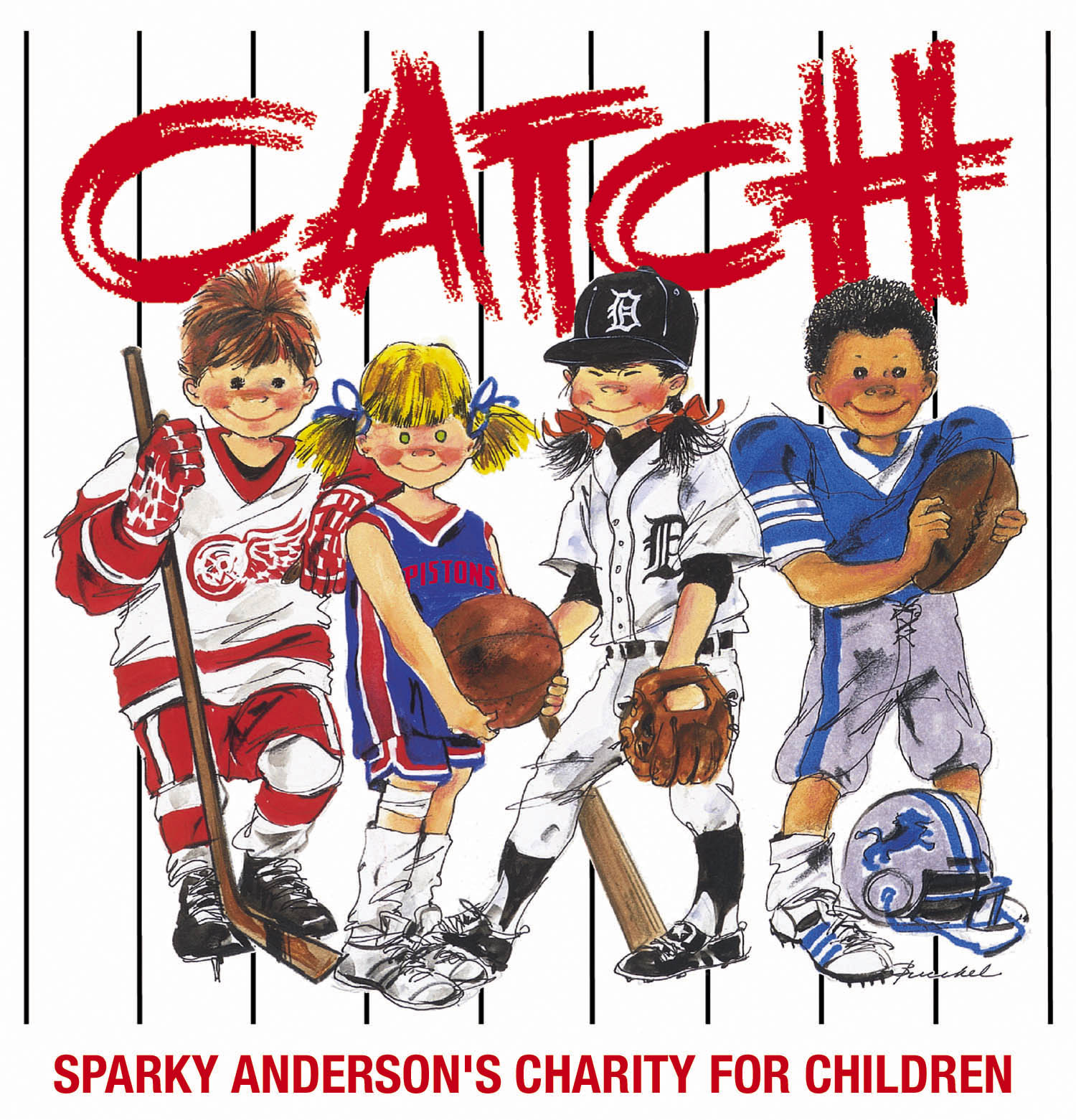 and is part of a two-day fundraiser for Sparky Anderson's CATCH charity for children. The party

packages, sports memorabilia and a variety of other miscellaneous items. Also part of the

festivities is a Teddy Bear Raffle, an opportunity to win his and hers Shinola watches, photo

opportunities with a variety of business, sports and media personalities plus Parade Company

CATCH, founded by the late Hall of Famer Sparky Anderson, raises money through a series of

special fund-raising events for items and services that help improve the quality of life for sick,

sick child, CATCH funds are used in a reactionary manner when no other source of funding

disadvantaged than the two hospitals' general population, and in most cases, fill a gap when no

other source of funds are available.

Since its founding, CATCH has provided nearly $6 million worth of assistance, and has grown

I would like to purchase a ticket and automatically be registered to support CATCH!

I am not purchasing tickets, but would like to register to support CATCH!