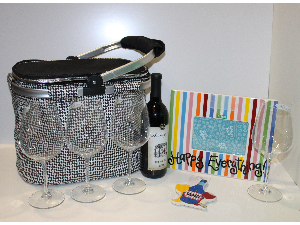 This package includes a Happy Everything Frame and Wine Attachment, four (4) Wine Glasses and one (1) bottle of wine. Donated by Hot Pink