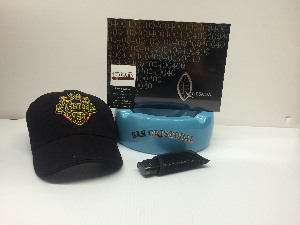 This package includes a $25 Gift Card to The Smokey Cigar, Ashton Ball Cap, San Cristobal Ashtray and a Box of Quesada Cigars. Donated by: The Smokey Cigar (Hendersonville & Brentwood)