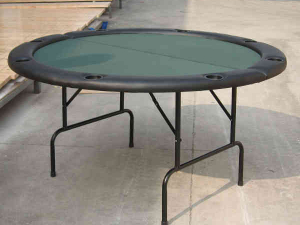 You will want to host all the poker tournaments at your place with this 58" Round Deluxe Poker Table and 500 Piece Poker Chip Set & Poker Accessories. Value $400. Donated by: Pokeroutlet.com