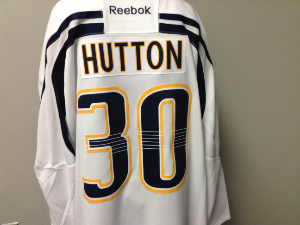 Jersey off their back autographed by Carter Hutton