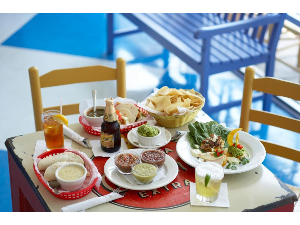 Bring your friends for a five (5) course dinner for up to 12 people at Taqueria del Sol on 12th Ave. South. You will have 30 minutes early access and private dining before dinner starts. Your five (5) course dinner will consist of appetizers, soup, tacos, an enchilada plate and dessert (alcoholic beverages not included).