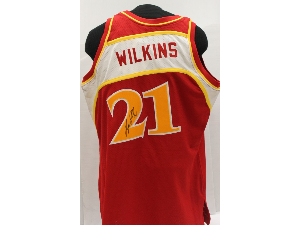 Jersey autographed by Dominique Wilkins (former Atlanta Hawks, Hall of Fame member, one of the greatest scorers in NBA history)