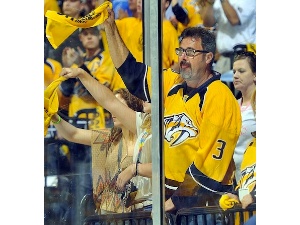 Watch the Nashville Predators home game on Tuesday, February 17, 2015 at 7pm vs. San Jose Sharks with one of the most passionate fans in the arena. You will have the opportunity to sit with Vince Gill during the game and eat dinner in Lexus Lounge with him before and during intermissions.