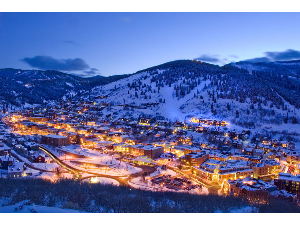 Three (3) night stay in a standard guest room at the Hyatt Escala Lodge at Park City, lift tickets for two (2) days at resorts of your choice: Deer Valley, Park City Mountain and the Canyons and round-trip airfare for two (2). Value: Up to $6,375