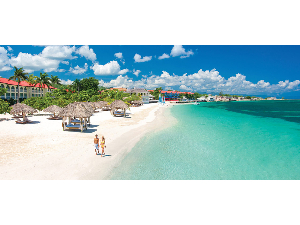 Five (5) night stay in standard king or double room for two (2) at the all-inclusive Hyatt Ziva or Zilara Rose Hall Resort, and round-trip airfare for two (2). Value: Up to $10,945