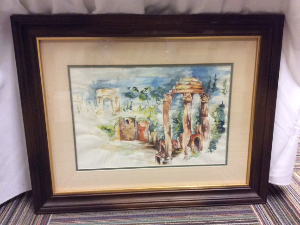 Framed watercolor of a Roman Forum by Candy Davey