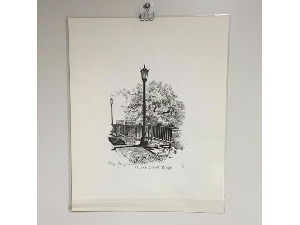 Black and white print of the Church St. Bridge in Houma, LA by Page Hominghasem, donated by Mary Ann Chesson.