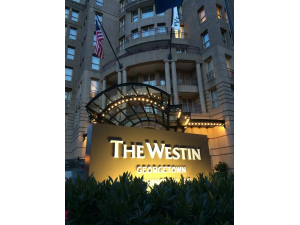 Two night weekend stay at the Westin Georgetown. Package includes daily breakfast, dinner for two at Clyde's and a bottle of 2004 Dom Perignon. Don't worry you can get cut, blow-dry and style at Salon ILO before you hit all the Georgetown hot spots.