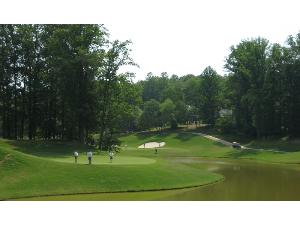 Enjoy a day at beautiful and exclusive Woodmont Country Club in Maryland. Package includes golf for three (play with member) follow by lunch and drinks.