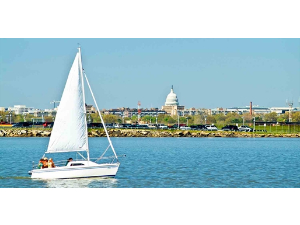 Enjoy all that the Potomac River has to offer. Package includes one week summer sailing camp for kids ages 9 to 15 , four tickets on any Boomerang Pirate Ship or Yacht Cruise, adult and youth learn to sail course as well as two hour canoe or kayak rental from Belle Haven Marina.