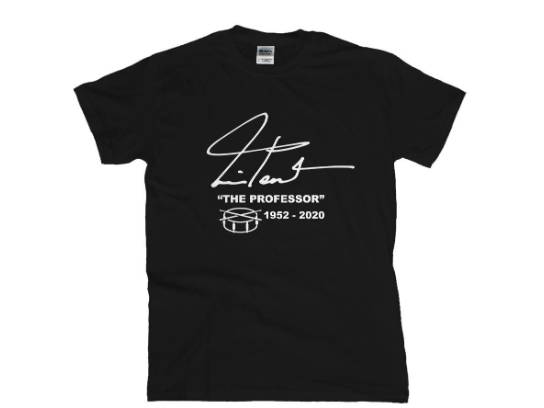 This is your chance to own a limited edition tribute shirt for the late, great Neil Peart.

Neil Ellwood Peart (September 12, 1952 - January 7, 2020) was a Canadian-American musician, best known as the drummer and primary lyricist of the rock band Rush. Peart earned numerous awards for his musical performances, including an induction into the Modern Drummer Readers Poll Hall of Fame in 1983 at the age of thirty, making him the youngest person ever so honored. Known to fans by the nickname 'The Professor', his drumming was renowned for its technical proficiency and his live performances for their exacting nature and stamina.