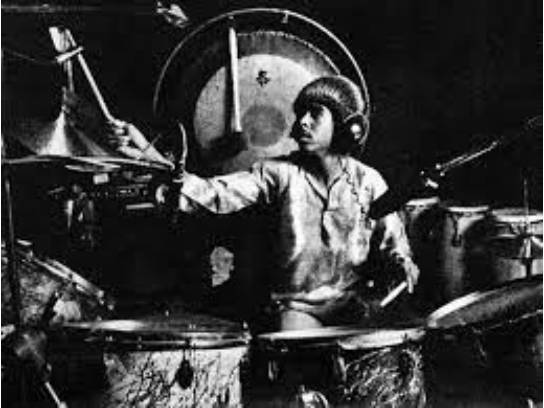 James Gadson has become one of the most-recorded (and sampled) drummers in the history of R&B music. That's Gadson's groove on Bill Withers' "Use Me" and Marvin Gaye's "I Want You". He's recorded with Martha Reeves, Randy Crawford, Quincy Jones, Paul McCartney, Herbie Hancock, The Temptations, BB King, Albert King, Rose Royce, Elkie Brooks, Beck, D'Angelo, and many more artists. At last count he has played on over 300 Gold records. He was also featured in the Playing For Change video of "Listen to the Music".

Package includes signed pair of drumsticks and a signed drumhead by the legendary drummer!

James is also a proud Veteran!