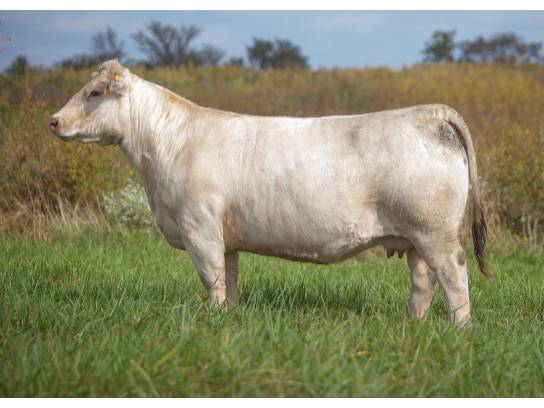 PUREBRED FEMALE EMBRYOS. Create a great daughter or three of one of the greatest Charolais cows of all time! Aggie 9198 is one of those cows and she keeps doing her thing and making the cash register ring for those that team up with her.

She is now the dam of TWO TEXAS MAJOR GRANDS including the 2022 San Angelo Grand Champion and the 2017 State Fair of Texas Grand Champion Steer both by Solid Gold. She is also the dam of the Champion Charolais Steer at the 2021 Georgia State Jr. Show that Jess Shirley sold and Brandon Snider, TX, raised from an embryo purchase made here. Aggie pregnancy and embryo sales lead to plenty of success stories.

This cow raises banner winners in crossbred steer shows and purebred heifer shows. They win banners with the hair on or off. She is pretty darn fabulous we have to say.