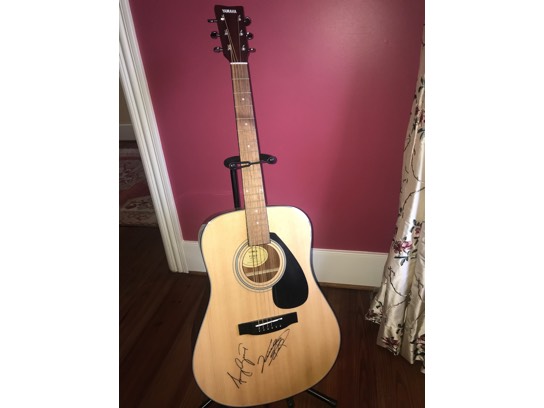 Amy Grant's career spans more than 40 years and stretches from her roots in gospel into becoming an iconic pop star, songwriter, television personality and philanthropist. In addition to her six GRAMMY Awards, Grant has earned 26 Dove Awards (including four Artist of the Year Awards) and has been awarded a star on the Hollywood Walk of Fame as well as the Music City Walk of Fame and the Nashville Songwriter's Hall of Fame.

One of the most popular artists in modern country music, Vince Gill is famous for his top-notch songwriting, world-class guitar playing and warm, soaring tenor, all wrapped up in a quick and easy wit. Gill has won 18 CMA Awards, including Song of the Year four times - making him the most-awarded artist in that category in CMA history, and a total of 22 Grammy Awards, his most recent one for Best Country Solo Performance - "When My Amy Prays." The Academy of Country Music has conferred on Gill eight awards, including its Home Depot Humanitarian Award and the Career Achievement Award.

Yamaha has been making guitars since 1966. Whether it's a completely new way of building a guitar, or just a new switch tip, innovation is what makes for a Yamaha guitar.