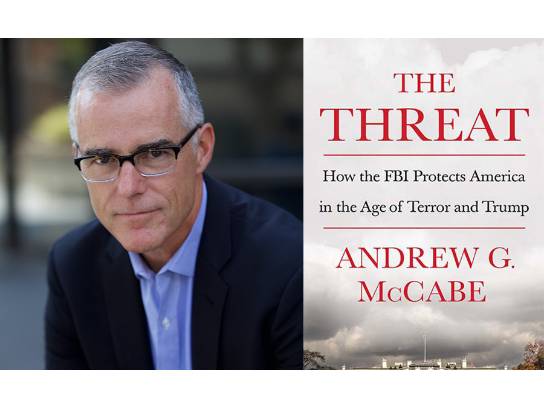 Join us for an exclusive tête-à-tête with LCDS Alumni Parent, Former FBI Acting Director and Deputy Director and Author of The Threat: How the FBI Protects America in the Age of Terror and Trump

WHERE: Location to be announced (either in Ashburn or Leesburg)

HOW MUCH: $150 per participant, limited to 25 attendees

Former Deputy Director of the FBI, Andrew McCabe, was thrust into the eye of the storm when he became Acting Director of the Bureau after former President Trump's firing of then-Director James Comey on April 28, 2022 . What occurred over the next several months before his abrupt dismissal just hours before his retirement in March of 2018-and McCabe's efforts to ensure the investigation of Russian interference into the 2016 election-is most certainly worthy of a novel or spy thriller.

But there's no fiction here: The Threat: How the FBI Protects America in the Age of Terror and Trump, offers a dramatic and candid account of his career, and an impassioned defense of the FBI's agents, and of the institution's integrity and independence in protecting America and upholding our Constitution.

Participants in this event will be treated to a private book talk by Andy McCabe who will share his experiences, insights, discuss his book, and answer questions.

Each participant will receive an autographed book. The reception includes adult beverages and hors d'oeuvres.