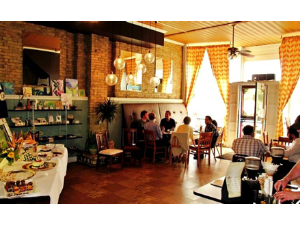 The National, in the heart of Milwaukee's Walker's Point neighborhood, serves creative and delicious breakfasts, lunch and brunch. Almost everything is made from scratch, from our olive tapenade to our ginger-infused yogurt, from house-made hummus to basil pesto. Expect flavor, originality, and only the best ingredients. Donated By: The National Value: $50