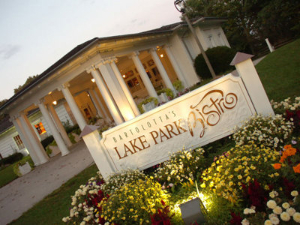 Bartolotta's Lake Park Bistro. Four-course "Kitchen Table" for 4. Lake Park Bistro is simply the best French restaurant Milwaukee has to offer. Serving authentic, rustic French cuisine in a bustling bistro setting, the restaurant features a menu that ranges from traditional to more modern selections and a chef's menu that changes with the seasons. The view of Lake Michigan from the two lake rooms in the Bistro is unrivaled by any other restaurant in the city. Plenty of free parking and a gorgeous park setting make Lake Park Bistro an appealing choice for any dining occasion. Donated By: Care-a-lotta Value: $400