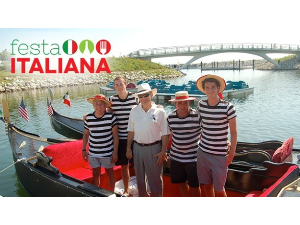 Aside from actually eating in Italy, Festa Italiana is the next best thing. Festa favorites such as rice balls, Italian sausage sandwiches, fried eggplant strips, calamari, pasta & cannoli?is your mouth watering yet? Take a romantic gondola ride and enjoy Festa from the water's view. Celebrate everything Italian with 4 tickets for family and friends at Festa!
Donated By: Festa Italiana Value: $55