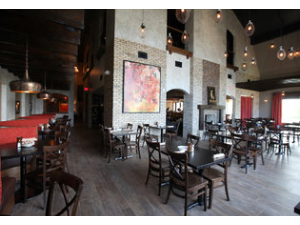 Salotto Zarletti: Experience a new place to gather, with a dining experience designed by restaurateur Brian Zarletti. The restaurant reflects Brian's lifelong passion for Italian wine, food and culture, bringing a genuinita to Salotto Zarletti that can be felt throughout. We are thrilled to welcome you to the world of Italian food, wine, and fun! Buon appetito! Donated By: Zarletti's Value: $100