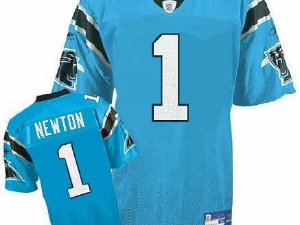 Cam Newton Carolina Panthers NFL Team Color Jersey. Show pride in your team and favorite player every time you wear the NIKE men's Carolina Panthers Cam Newton Game team color jersey. It takes its cues from what he wears on the field every Sunday, right down to the NEWTON nameplate and number 1.
Donated By: Patty Curcurio Value: $125