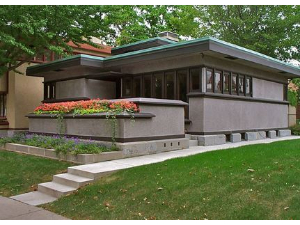 Private Tour for up to 10 guests - Frank Lloyd Wright's American System-Built Homes in Milwaukee. In a career spanning seven decades, Frank Lloyd Wright took special interest in creating architect-designed homes for moderate and low-income families. We invite you to learn more about the heritage of Frank Lloyd Wright in his home state of Wisconsin. Donated By: The Lilek Family Value: $ Priceless