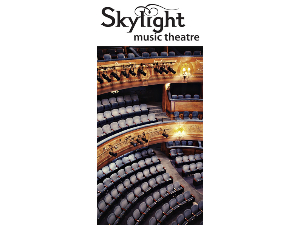 Skylight Music Theatre - 2 tickets. Experience a moving story and compelling music through which to tell it - from opera to Broadway musicals and everything in between. Skylight's strength lies in the magical combination of music and song to tell a story in a way that words or music alone can't reach. Whether in a beautiful operatic aria, a thrilling song and dance number from a Broadway musical, or a Gilbert & Sullivan song, this can't be beat. Donated By: Skylight Music Theatre Value: $150