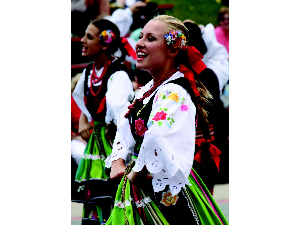 Polish Fest 2015 - 4 Admissions. Witamy! Join us as we explore Poland's colorful culture through music, cultural events, art and food. From pierogis to polka and so much more. Whether your family tree is deeply rooted in Polish heritage or you want to experience Polish culture for the first time, Polish Fest 2015 will bring you as close to Poland as possible without crossing the Atlantic. Donated By: Polish Fest Value: $50