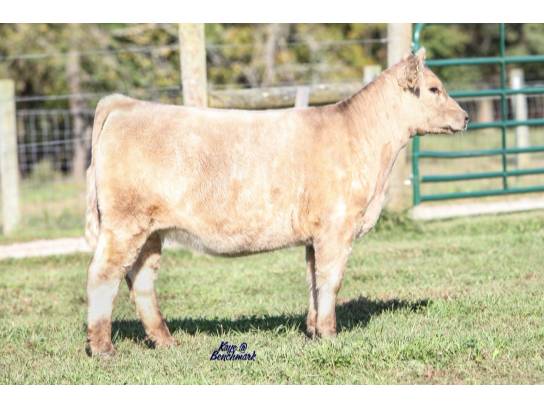 FCC Lacie 103J is a super fancy fronted, long bodied, big hipped paternal half sister to FCC Princess 904G, who won Grand Champion National Percentage female at Woodward, Ok. Supreme Champion Percentage animal at both the American Royal in Kansas City, and Big E Livestock Expo. in West Springfield, Mass.. If you want a female that will compete at the national level her she is.

This heifer is entered in the Abredeen show at the NAILE in Louisville ky.

We will show this heifer through Denver at the buyers option.