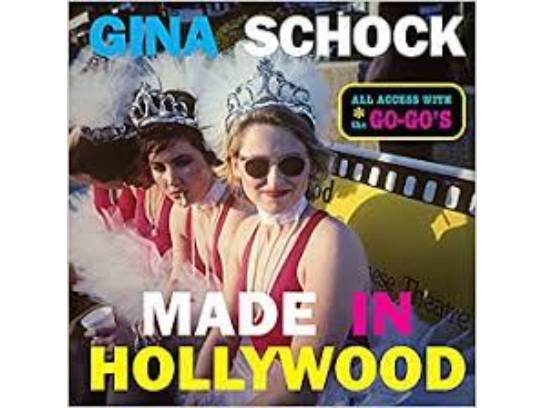 Gina Schock recorded and toured steadily with The Go-Go's until the group disbanded in 1985 and reformed a few years later. The band was recently inducted into the Rock and Roll Hall of Fame and she joins many of the other drummers in our auction with that honor.

The Go-Go's were the first all-female rock group in history to write their own songs, play their own instruments, and reach the top of the Billboard charts with their #1 album, Beauty and the Beat. Made In Hollywood is drummer Gina Schock's personal account of the band, which includes a treasure trove of photographs and memorabilia collected over the course of her 40-year career.

Gina donated a signed copy of her book and a pair of signed drumsticks!