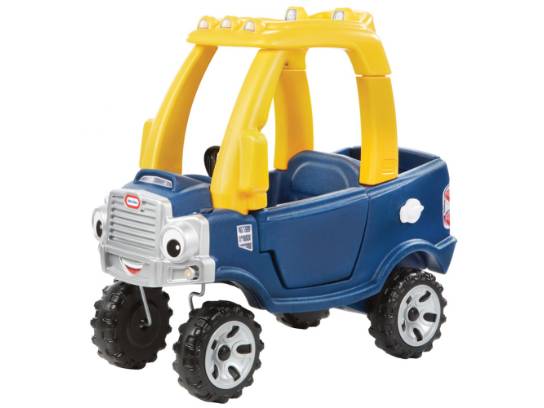 A kids truck with the durability of Little Tikes and the fun of our Cozy Coupe. The foot-to-floor format is easy to start and stop. Use it indoors or out.