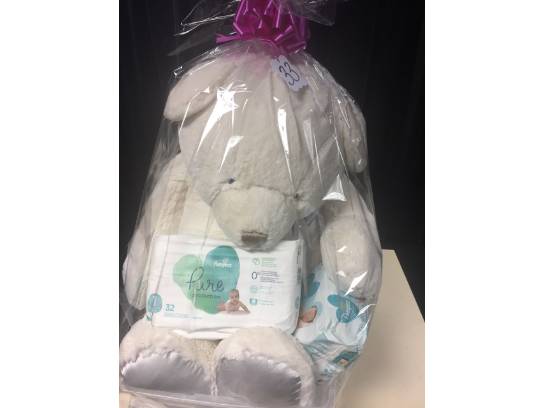 Celebrate the new bundle of joy with an adorable baby basket which includes a giant stuffed bear, Pampers 32 pack of diapers and wipes.