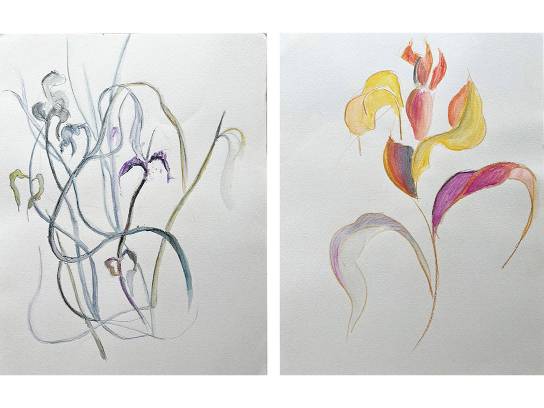 This is an original drawing by Francesco Simeti.

Francesco Simeti (b.1968, Palermo, Italy) lives and works in Brooklyn (New York). He is known for his site specific installations using wallpapers, sculptures and 3D collage. His multi-disciplinary approach presents aesthetically enchanting scenes which often on closer inspection reveal a darker subtext. Simeti appropriates and digitally modifies newspaper and magazine photographs of war scenes, environmental devastation and other acts of violence, re-arranging them to create images with a deliberate visual appeal that raise questions about the very nature of this imagery in contemporary society.