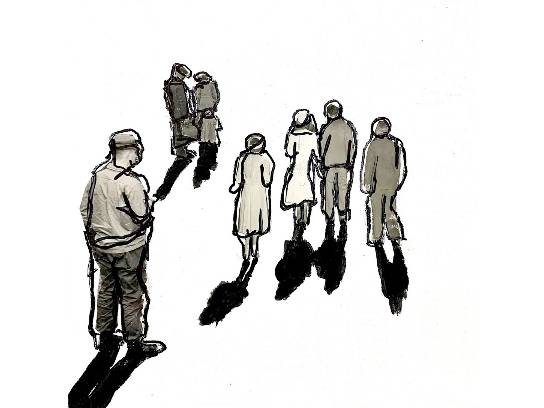 Into the Void Together

Those little dreams that will come to pass, new and improved in art form.

Johnny Thornton is an artist that lives and works in Brooklyn, NY. Though his work utilizes several mediums and varies stylistically, conceptually his practice revolves around corporeality, impermanence and preciousness.

Born in Connecticut, Thornton spent his childhood in Johannesburg, South Africa before moving to Tucson, Arizona. After teaching himself to paint he went on to study Fine Arts at the University of Arizona. Thornton relocated to New York City where he received his Master of Fine Arts from Parsons the New School for Design in 2012.

Thornton has had work exhibited widely, and he has had several recent solo shows in New York City. His work is part of several collections. Currently, Thornton works out of his studio and is the Gallery Director of Established Gallery in Brooklyn. Thornton is also the Executive Director for Arts Gowanus, a non-profit organization working to support, promote, and advocate for local artists and a sustainable arts community in Brooklyn.

Johnny wrote this about himself in the 3rd person.