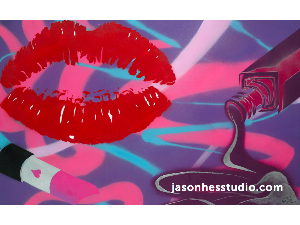 This is a chance to take your personal beauty vision and bring it to life. Work with Jason to create a one of a kind piece of art to display in your salon, office or home. It is customizable and he is able to incorporate your company name into it. Generously Donated by: Peninsula Beauty and Jason Hess Studios Fair Market Value $2,000