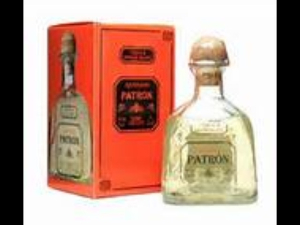 A bottle of Patron signed by owner, John Paul Dejoria,