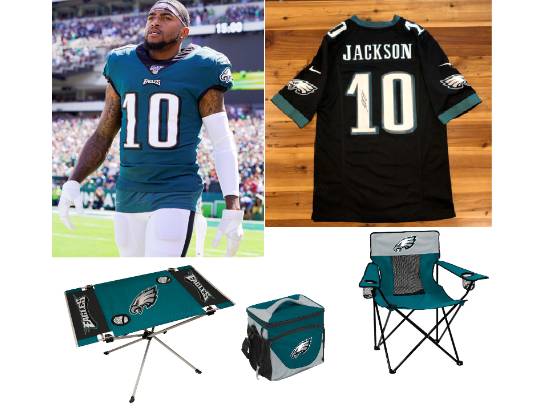 DeSean Jackson was drafted by the Philadelphia Eagles in the 2nd round of the 2008 Draft, is a 3-time Pro Bowler who was also a consensus two-time All-American college player for the California Golden Bears. DeSean continues to dazzle fans (unfortunately no longer in Philadelphia) in his 13th NFL season! He has set the record for 60+ yards career touchdowns with 26 and has tied the record for touchdowns of 80+ yards.

Donated By JKJ Insurance and Jory Barrad (The Pathway School)