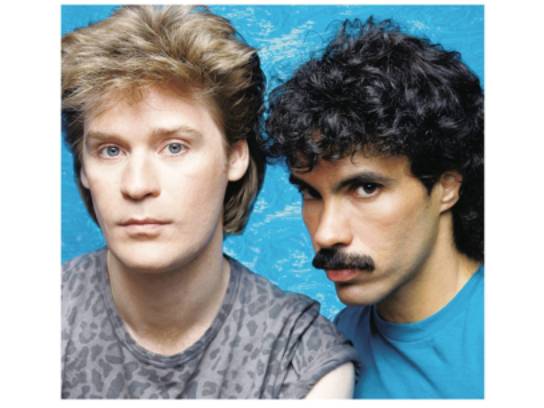 This is a must-have package for a true fan of Philly's own favorites, Hall & Oates.

Hometown musician from North Coventry; musician, lyricist, performer, restauranteur, and all-around great guy, Daryl (Hohl) Hall continues to rock the world with his R&B voice. He graduated from Owen J. Roberts high school in 1964 and attended Temple University. It was there, at Temple during his last year of college, where he met John Oates. It was during a center city nightclub police evacuation the two met on an elevator, purely by accident. Since then, their R&B, folk, and Philly Soul entertain audiences everywhere!

Abandoned Luncheonette was Hall & Oates second album which was released in 1973. The cover photo of this album is taken from a vacated diner which was located on Route 724 in East Coventry (not far from the current Towpath Park.) Both Daryl, John, Frank (Daryl's father), as well as the photographer, found this to be the perfect location representing their roots in the community.

One ceramic beer/pint mug featuring the logo "Wings." The wings pay homage to Daryl's father (Frank Hohl) and his military service with the Airforce during World War II.

A size XL tee-shirt will certainly make you an instant fan! This shirt is from the 2021 tour and features the opening band Squeeze with the tour dates on the reverse side of the shirt.

A perfect complement to your Ipad or other items that safely secures with snaps and leather trim. Only available from the Live from Daryl's House venue.

One each of carefully crafted balsamic vinegar and extra virgin olive oil is only available through Daryl's restaurant in Pawlings, New York.

Balance out your night of music listening with a quick dish of pasta and marinara sauce.

Daryl Hall has autographed and donated the album included for Pathway's fundraiser and asks that it not be re-sold by the winning bidder. He hopes the winning bidder, is a fan and will cherish owning this rare item!