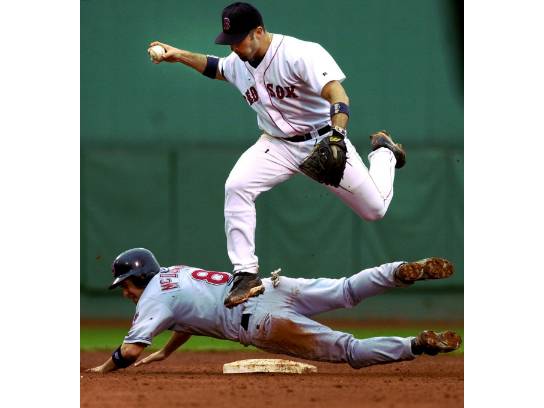 Lou Merloni is a radio personality and a former MLB player. Merloni was scouted by hall of fame scout 'Buzz' Bowers, and played for the Red Sox from 1998-2002 and again for part of 2003. Merloni is well-known locally for his frequent trips between the Red Sox and the WooSox, which has become known as the "Merloni Shuttle" .

Merloni was nicknamed "Sweet Lou" by Boston fans since he was born in Framingham.

Merloni is known for hitting a home run in his first major-league at bat in Fenway Park, a 3-run home run off of José Rosado on May 15, 1998.