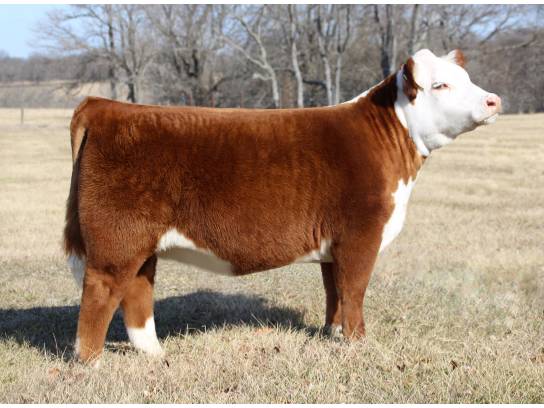 Last Year's Top selling female in this sale, half interest sold to Neal McCoy and Chris Polzin for $16,500. This Polled Powerhouse has made a ton of friends with her rare combination of elegance and power! Her pedigree is as predictable and popular as you can find, lets face it you can't get much better than a Kit daughter sired by Mean Gene...or can you? These embryos selling by the Living Legend, BR Tyrion should one up her mother! Lets face the facts, the Grand Champion female i OKC, Hereford Heritage and the Mini Hereford Southern Showdown were all sired by BR Tyrion, Reserve Grand in KC and Louisville were also BR Tyrion daughters! This Polled mating should be THE BOMB!