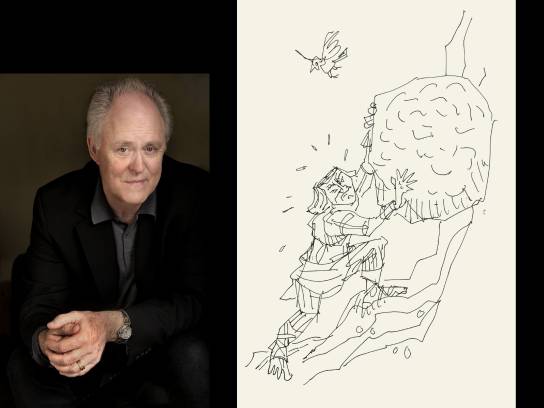 Many know John Lithgow as a prolific actor with two Tonys, six Emmys, two Golden Globes, two Oscar nominations, four Grammy nominations, and two New York Times bestsellers, but his creative genius extends even further to poet and illustrator extraordinaire! Now is your chance to own a personalized and signed one-of-a-kind ink sketch of his depiction of "Sisyphus," the myth he so memorably introduced with his original poem in the second Chapter of Myths & Hymns. The winning bidder will also receive a time-lapse video of Lithgow creating this evocative 11"x14" sketch.

Don't miss this opportunity to grab a piece of this renaissance man's artistic genius!