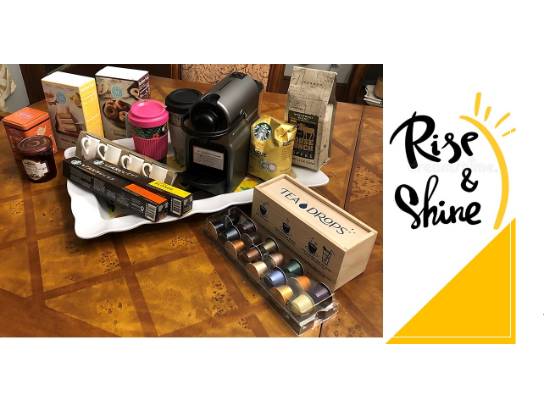 Your mornings will be great with this Rise & Shine Basket that includes: