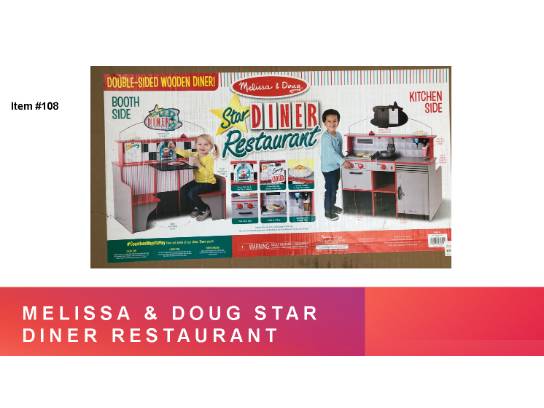 Your kids will love this Melissa & Doug Star Diner Restaurant

Wooden diner play space with kitchen on one side and booth seating for two on the other.