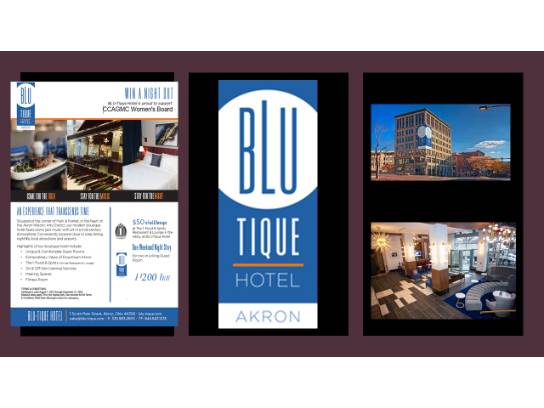 One weekend night stay at the beautiful Blu-Tique Hotel located in the heart of Akron's Historic Arts District.