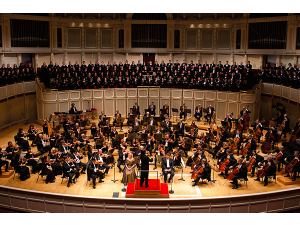 A $500 gift certificate to the Chicago Symphony Orchestra!

May be used toward the purchase of tickets for any Chicago Symphony Orchestra or Symphony Center Presents performance.