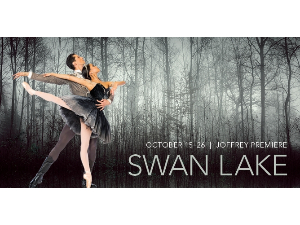 Two tickets to the October 25th, 2014 performance of Joffrey Ballet's Swan Lake and a $100 gift certificate to any Lettuce Entertain You restaurant! The seats are Level AA, behind the orchestra in the center, the best seats in the house!