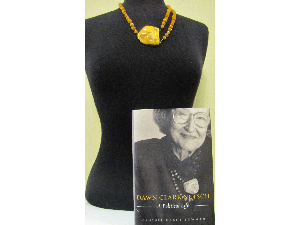 A beautiful amber necklace owned by the late Dawn Clark Netsch. This was a favorite piece, worn in the photo that graces her biography! Includes a copy of the book, Dawn Clark Netsch: A Political Life.