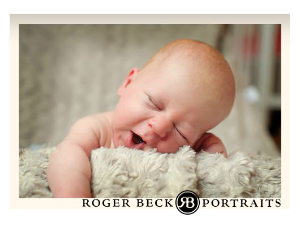 Includes 3 separate baby portrait sessions: newborn (3-10 days), 6 months, and 1 year. Also includes one hour personal viewing at each session and one large fine art canvas featuring one image from each session and the child's name. First session must be completed by 11/30/14.